“Splash” – an album which was recorded on three continents (the vocals all sung and recorded in Tim Lynk’s own studio in Melbourne, Australia) and written by Andy Kinch in the UK over five years is a rock extravaganza par excellence that, as all good albums do, truly impresses upon the very first listen. From the opening string laden intro on: “Heaven’s Gate” to the concluding 2012 ‘Remix’ of: “Simple Man”, this whole album varies quite dramatically in style and tempo but still delivers that long-lost classic repertoire of thoughtful lyrics (laden with commentary, encouragement, angst, love and hope), driving rockers, instrumental solos and ballads that haven’t been heard at this standard for a very long time. This is an album that needs to be heard. At over an hours length there really are some great songs on here. Andy has stated that “Strange Desire” was written just after the death of Kelly Groucutt his friend from ELO and besides being ‘ELOesque’, it would have suited Kelly’s vocal talents, although masterfully represented here as for all the songs by the wonderful vocal talent of Tim Lynk. Some of the tracks could be Whitesnake yet some could be John Farnham, such is the range and versatility of Tim Lynk’s incredible voice and the compositions on here. The thumping rock of: “Run” grabs your attention while the Celtic-tinged: “The Promise” and the beautiful: “Simple Man” are sublime and very much in that ‘chill-out’ zone. “Into The Vortex/Harvest” enters into the Pink Floyd and progressive rock arena whilst: “Onwards Upwards” and “Freak Show” could be defined as soul and “Footsteps In The Snow” is just plain marvellous to the ear. This album should satisfy every kind of music lover. 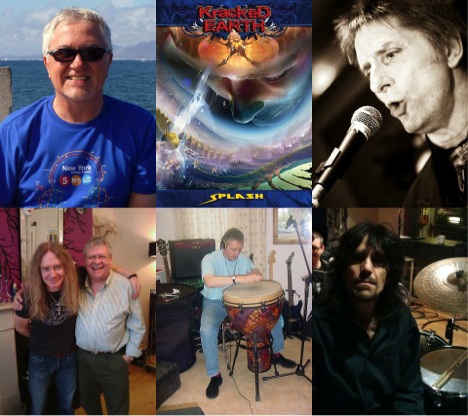